When one makes frequent drives between Sacramento and Los Angeles, you often find yourself grabbing something to snack on in one of the many lone gas stations sprinkled along the 5.  Gas station snacks come in all shapes, sizes, and flavors. From a great treat, to the shittiest of shitty foods.  On one such recent trip, I found the Tijuana Mama.

I had just got out of the rundown restroom after using the last functional of their 3 toilets and admiring the gallery of gang graffiti. I grabbed an energy drink to help me endure the rest of the trip, and there she was.

She was sitting in a basket next to the register nestled between a display of lighters and male stamina pills. Her promise of 300% more heat seducing the buds on my spice junky tongue (seriously… I love heat!).

But pickled? Sausage?  I’ve had many a pickled things before, and other than the pickled cow’s tongue I ate at a basque restaurant in Bakersfield one time, few meats have faired well in the pickling process.

Opposite the bright orange label, flashing promises of bitter heat, was what looked to be a convenience store hot dog wrapped in a spent condom.

Opening the package, the strong scent of concentrated vinegar filled the air.  I’m a fan of vinegar.  I use it frequently in sauces, dressings, and even at one point natural home cleaning products.  But this was quite a bit more pungent than the typical vinegar I use, or even the pickling vinegar my grandpa used to pickle his cucumbers in ceramic pickling jars he’d have stored throughout the house.

The sausage looked and had the mouthfeel of a typical hot dog.  Nothing spectacular in regards to that.  But the flavor!  It tasted like concentrated vinegar and expired Taco Bell Fire Sauce.  I couldn’t taste any meat at all. It was 100% bitter heat, and not in a good way.  I’ve had ghost peppers in salsa and ice cream, and while the heat was brutal, it was not combined with the stomach churning bitterness of Tijuana Mama’s vinegary revenge.  I could feel a chernobyl reenactment forming in my stomach.

While the Tijuana Mama sounds great in theory, the combination of bitter and heat just turns my stomach. If the vinegar were toned down, you might have something here.

Where the Tijuana Mama scored best was in appearance. How can you really go wrong with a suasage? Most sausages look like sausages. This is no different. In fact, when sliced, this sausage looked like it could fit in on some high end restaurant’s charcuterie board.

SPAM was introduced by Hormel in 1937, and gained world wide popularity during World War II due to it’s long shelf life making it easy for the military to purchase in large quantities and ship out to soldiers. Pacific island nations and territories are among the biggest consumers of SPAM with Hawaii having a greater… 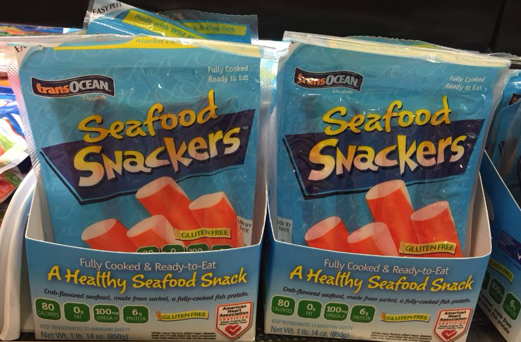 Its that time of year again.  Where many people get ready to put on their Sunday best, hunt for eggs, and celebrate Easter with friends and family.  Christians will be celebrating the resurrection, however for some of us, we also celebrate the other reason for the season – Peeps. I don’t think there could be…