Growing up, my dad had a very particular eating habit.  It always fascinated me.  He would take left over spaghetti and meat sauce, and put it in a tortilla.

Without fail – if we had spaghetti, and there was left overs, it would wind up in a tortilla. Well, why not? Isn’t the tortilla just a vessel to deliver the contents inside it?

Fast forward a several years later. I had a concept in mind to try out some other foods in a tortilla as a possible food truck venture.  We went with the original spaghetti, Chinese food, and Texas style barbecue food.  Our test group was quite impressed, and loved the concepts and flavors.

Alas, due to time, money, and lacking in a background of culinary management, I set that concept aside for the time being.

Fast forward to last week and following the “success” of the Mac n’ Cheetos we see Burger King branching out again and embracing the tortilla with their new Whopperitto. When I first heard they were doing this, I was intrigued.  My first job had been in a Burger King, and I could remember pulling burger patties off the charbroiler, pairing them with buns, and setting them in a steamer where they’d sit potentially hours before someone ordered a whopper. I wonder if that’s what they’d be doing with this Whopperitto.

Upon first glance, the Whopperitto looks like any standard burrito.  Of course, why wouldn’t it? A burrito is like a christmas present.  Its wrapped up all fancy on the outside, and inside is something wonderful and glorious… Unless it’s white elephant gift. Then you’re may get something as epic as an Inflatable Unicorn Horn, or as sad and disappointing as Butt Face Soap (or maybe an avid fan of this blog might give out some smoked rattle snake or whole chicken in a can!)

I will tell you the Whopperitto is no Inflatable Unicorn Horn…

While the tortilla was nothing special – just a plain old tortilla – inside was a concoction featuring crumbled ground beef (not broken up patties) with some type of taco seasoning, lettuce, tomato, a nacho cheese sauce, and the bit that threw it all off – pickles.

Take out the pickles, and you’ve got yourself a somewhat disappointing burrito. Its nothing I’d pay $2.99 for when I can head down to Taco Bell and get something much more delicious for cheaper.  But adding in the pickles was just downright off-putting. I’m a fan of pickles. I love pickles on my burgers. But the flavor of the pickles with the taco seasoning and nacho cheese sauce just really clashed in a bad way.

Burger King claims the crown for “America’s Favorite Burger” with the Whopper.  Well, I’m about to give them a new crown – America’s Shittiest Burrito.  Seriously.

Burger King set out to make a burrito out of a whopper – and failed.

Unfortunately, it’s got some things wrong that I think this would make this more whopper like.

First off, ditch the taco seasoning and nacho cheese sauce. Instead throw in some actual cheese slices, and then add some mayonnaise.

Make it more of a wrap than a burrito. At that point, you’d keep the flavor, but change the delivery system. 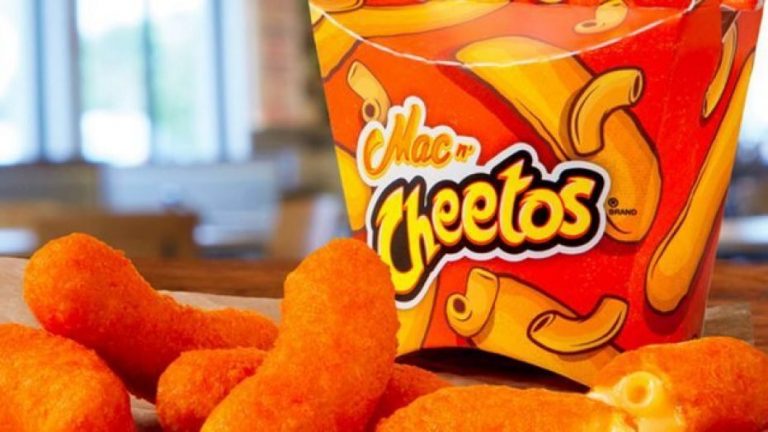 About two weeks ago, my social media channels began blowing up. I couldn’t escape it… Friends, family, and readers of this blog wrote in, sending their requests, and now it’s happening.  We’re reviewing Burger King’s Mac n’ Cheetos. As of this writing, the Mac n’ Cheetos have been on the market at select Burger King…